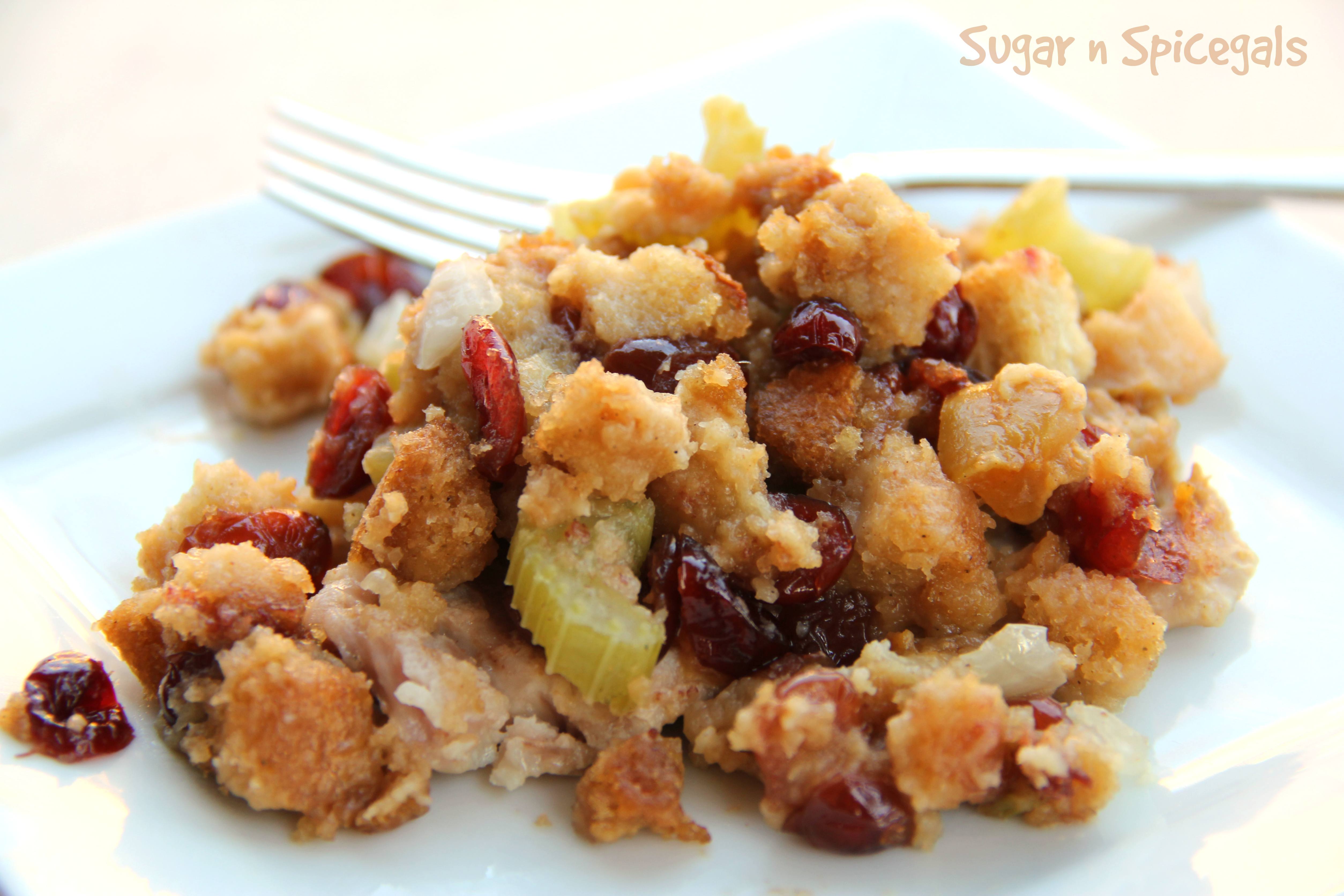 So who’s excited for Thanksgiving? Raise your hand! I sure hope you are all raising your hand right now, because honestly who doesn’t love Thanksgiving. All that amazing comfort food lying around in abundance… calling your name, and let’s not forget the joy of being with family and friends and a heart full of gratitude for your abundance of blessings you have been given. At least, I hope that is how it is for you. For me it is a wonderful day!!!! The day after Thanksgiving on the other hand is not so much my favorite. Mostly because my clothes always fit a little bit snugger, and I feel like I am going to pop at any given second. Yet, somehow I always make room for another round of Thanksgiving left overs. After all…Thanksgiving only comes but once a year….So eat, drink, and be Merry…right?

Ok….Well maybe that’s not the healthiest way of thinking, but I do love me some Thanksgiving food and here is another delightful dish that you definitely will want to try out this holiday season. This Slow Cooker Pork with Apple Berry Stuffing can be made as a whole meal, or make it without the pork and walah…you have a delicious side for your Thanksgiving Turkey. And When I say delicious, I am not kidding. This stuff is Aaaaamazing! 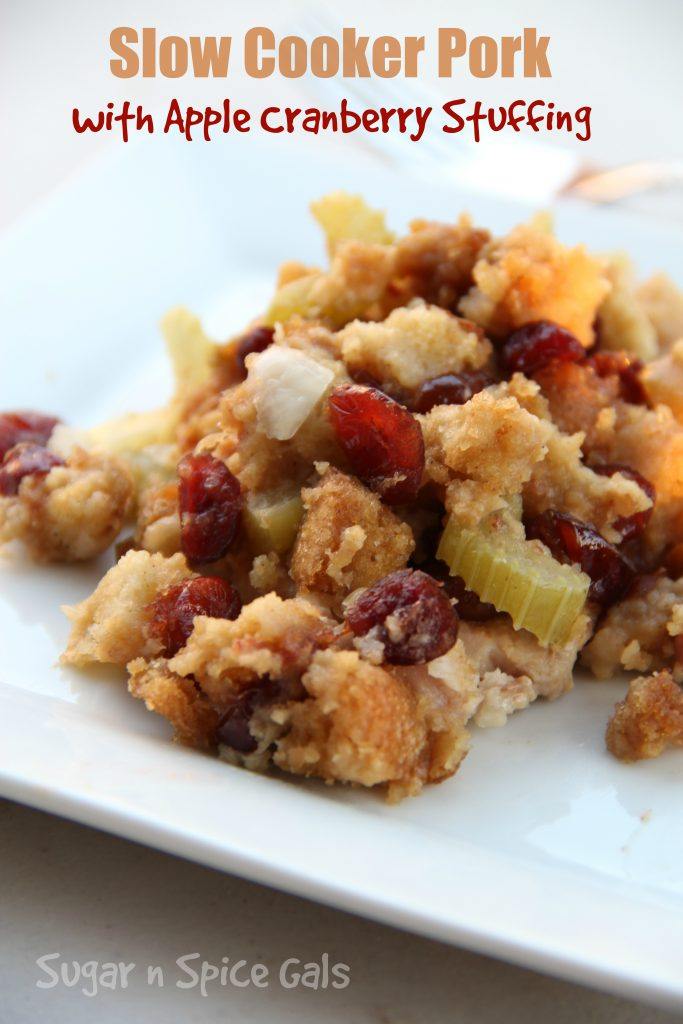 What’s also great about this Slow Cooker Pork with Apple Berry Stuffing (Say that 10 x fast) is that it really is such a simple recipe to make….Prep it in the morning, let it cook all day on low heat, and at dinner time you will have an amazing meal to serve up to the whole family. It can also take away from some of the stress of Thanksgiving day, because you could even throw all the ingredients together the night before, stick it in the fridge, and then all you will have to do in the morning is flip the on switch and let it cook while you get to work on the rest of the Thanksgiving trimmings. Awesome right? Why complicate things, if you don’t have to?

I guess all in all….what I am trying to say is that this Slow Cooker Pork with Apple Berry Stuffing is definitely a recipe that you don’t want to miss out on! So don’t do it ok! Don’t miss out on it! I mean it! Don’t do it….Ok, I’m done now 🙂 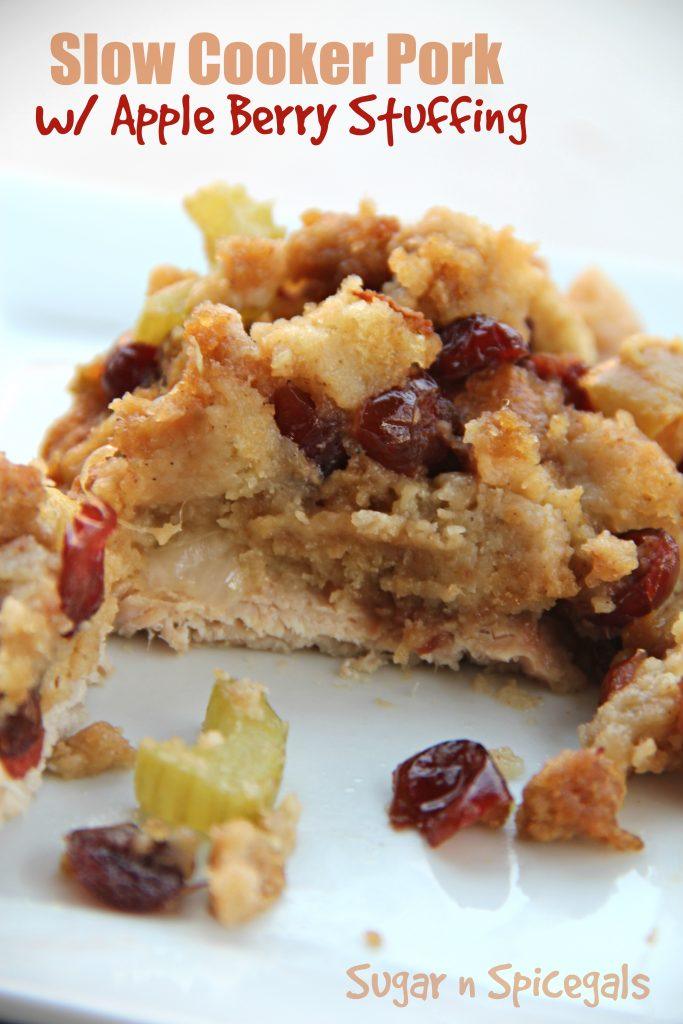 Save Print
Author: Sugar n' Spice Gals
Ingredients
Instructions
Notes
We love this served with turkey gravy and a side of homemade mashed potatoes

If you would like to make some Slow Cooker Stuffing without the pork, just leave out pork and add an extra ¼ cup butter, and ¼ cup apple juice to the mixture

This would be great served with Turkey at Thanksgiving dinner! 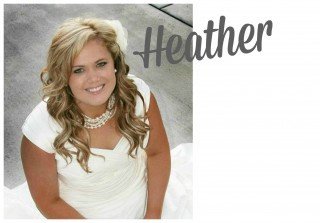