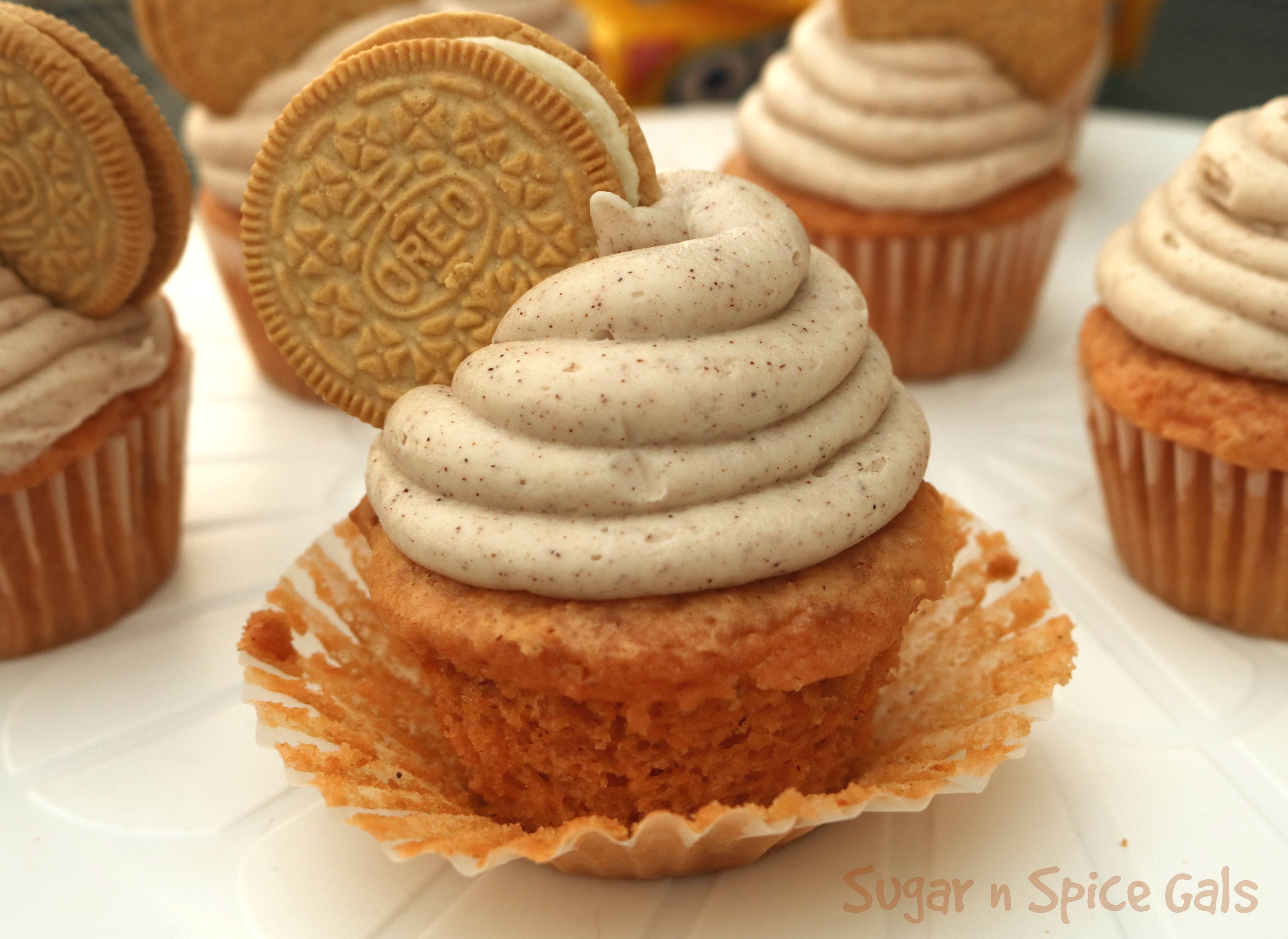 As many of you already know, Oreo has a billion different types of flavors and they just keep coming out with more and more. I’m sure these pumpkin Oreos have been around during the holidays for quite sometime, but this year was my first time trying them. I had no idea I was going to like this flavor of Oreo as much as I did. I seriously would have zoomed through the whole package in less than a day, but I had to stop myself because I had a recipe to make.

I am a big fan of Oreo cupcakes, chocolate or vanilla. Both are absolutely delicious. Well, I just had to give these pumpkin Oreos a shot at becoming a cupcake, and they turned out tasting absolutely divine. I thought maybe I would have to add some extra pumpkin to the batter, but the Oreo’s frosting gave it just enough pumpkin flavor to make these cupcakes have that tasty pumpkin flavor. I usually would add Oreo’s to the frosting as well, but on this recipe I decided to make a cream cheese cinnamon frosting, and the frosting ended up being the perfect match to these cupcakes. They were so moist, fluffy and packed with that pumpkin flavor we all love during this time of year. 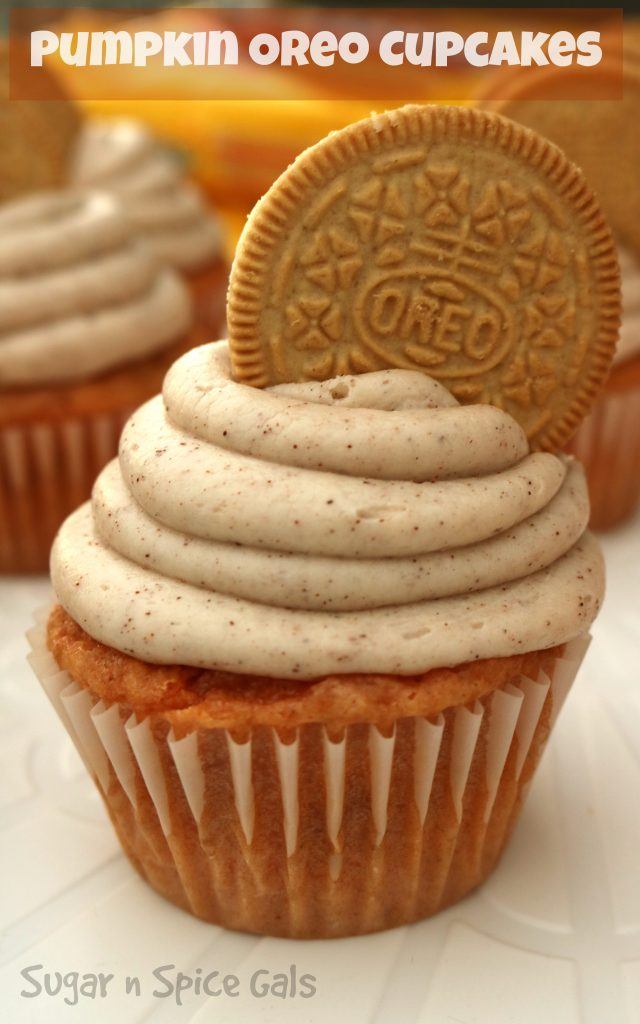 These pumpkin Oreo cupcakes definitely are a bit of a twist on your traditional pumpkin recipes, but just enough of a twist to switch things up and still get all that delicious pumpkin flavor. 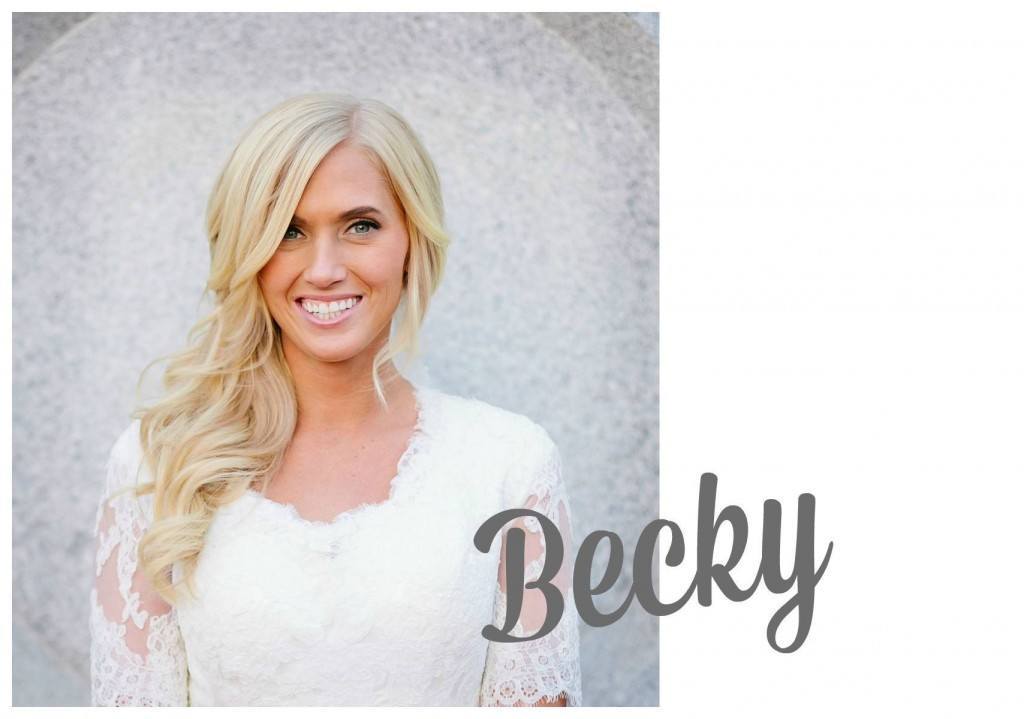 Becky and her husband Matt live in Syracuse, UT, where they enjoy amazing recipes, frequent games of Dr. Mario together and kissing their two little boys.